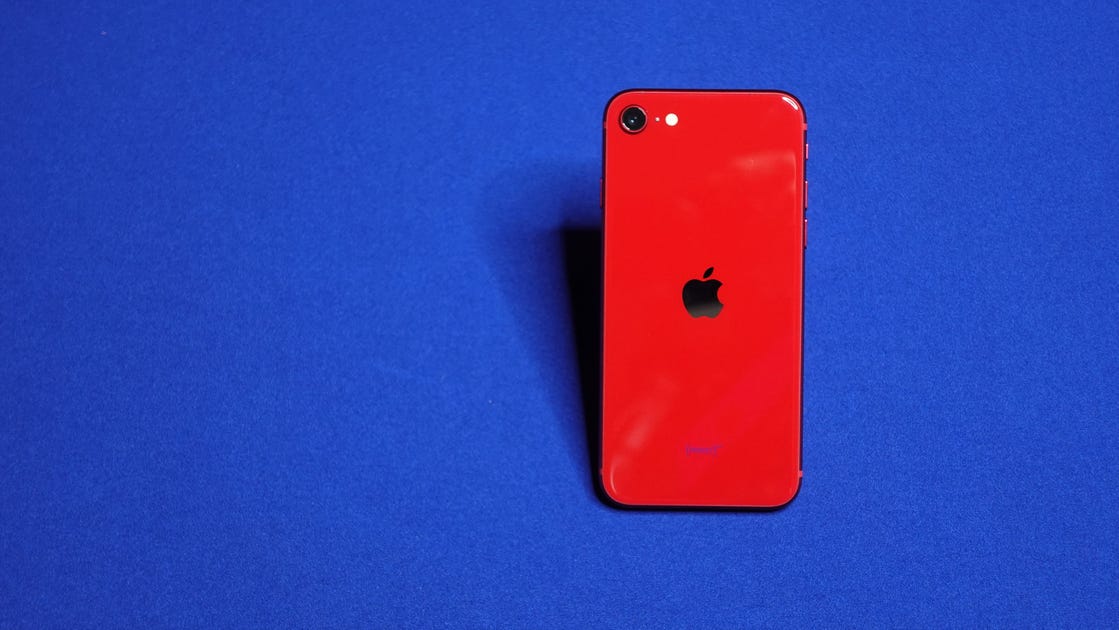 Apple is scheduled to publish its fiscal third-quarter earnings statements Thursday, giving us the latest look at the financial health of the world’s most highly valued company.

As a titan of industry, Apple’s results are a bellwether for both the tech world and consumer spending more broadly.

What it means for you

Sky-high inflation around the world could soon lead to a recession. Apple’s results may be one of the first indicators of whether that’s happening or not, and when.

Apple, it seems, has been able to weather nearly every storm of the past two decades. Its iMacs and iPods powered through the dot-com crash at the turn of the century, and its iPhones helped it power past the great recession a decade later. But the tech giant may have met its match with the latest spike in inflation.

The Cupertino, California, company is set to release a financial report for its fiscal third quarter on Thursday, giving us a look at its revenue and profit between April and June. Apple watchers typically treat the event as a formality — akin to a temperature check at the doctor’s office — before the company’s typical blockbuster holiday shopping season begins with the launch of the newest iPhone.

But this time may be different.

Wall Street’s become accustomed to Apple’s hemming and hawing about how the coronavirus pandemic’s effects are still hard to plan around or mitigate. But on Thursday, they’ll be poring  over the financial data for any signs of how worldwide inflation, mixed with historically low unemployment rates and a continuing tight job market, has changed the company’s fortunes.

“The Street is well aware of weakness this quarter,” Wedbush Securities analyst Daniel Ives wrote in a note to investors last week. But, he said, iPhone demand appears to be “holding up well despite the fears.”

That isn’t the case for everyone though. On Tuesday, Walmart — the largest retailer in the US — said customers are starting to pull back on spending amid higher prices for food and fuel. The International Monetary Fund, meanwhile, warned that the economies of the US, China and Europe may be on the brink of a global recession. All raising the question of whether a luxury brand like Apple will be able to continue weathering the coming storms.

Any long-term Apple watcher knows well the jitteriness around the company’s fortune. Apple’s earnings releases are typically preceded by a procession of analyst notes and seemingly gloomy headlines, only to be followed by the company’s usually upbeat results. But some people still can’t shake the fear that Apple’s rocket-like rise from near bankruptcy in 1998 to the world’s largest company today will eventually end, and potentially with a shocking turn of fortunes.

Though the laws of gravity say whatever goes up must eventually come down, Apple’s been able to beat average Wall Street estimates for its profits every quarter since February 2020, when it first warned investors about the coronavirus pandemic, according to data compiled by Reuters. This quarter, it’s expected to report $1.16 per share in profits, off $82.7 billion in sales.

“The stickiness of the iPhone upgrade cycle is still being underestimated by investors,” Ives said, noting his team’s estimate that 240 million of the 1 billion active iPhones in the world today haven’t been upgraded in roughly 3.5 years. “This importantly speaks to the Apple growth path over the next 12 to 18 months.”

That growth path will be driven by the iPhone, which still represents more than half the company’s revenue. While Evercore ISI analysts said they’ll be watching for signs of how Apple can grow beyond its 1 billion active iPhones, they didn’t sound an alarm either. “We do see demand remaining intact in the coming quarters barring major further macroeconomic shock,” they wrote.

When the coronavirus pandemic was initially beginning, investors on Wall Street were terrified the economy would come to a screeching halt as the world entered a series of lockdowns, disrupting everything from manufacturing to shipments to shopping. The tech industry largely came out ahead though, as people began stocking up on new computers to work and learn from home. They bought and played video games at record rates, and they signed up for subscriptions for HBO Max, Disney Plus and Apple TV Plus, growing them into sizable competitors to Netflix.

“The stickiness of the iPhone upgrade cycle is still being underestimated by investors.”

Two years into the pandemic, investors have found new things to worry about. Even though the coronavirus pandemic is by no means over — the latest variant, called BA.5, is considered extremely contagious and “substantially” evades antibodies from prior infections — the new financial threat of inflation has emerged around the world. Persistent supply shortages, exacerbated by Russia’s attack on Ukraine, have combined with rising wages and near-record employment statistics to create a financial whirlwind of rising prices for gas, food and housing, threatening to push up costs for nearly everything else in the process or kickstart a recession.

The tech industry has responded, meanwhile, by “hitting the brakes on hiring,” Jefferies Research analyst Brent Thill wrote last week. Those moves, by Google, Twitter and, yes even Apple according to Bloomberg, raised new fears among investors that “weakening hiring trends could be an early signal that companies are observing slowing demand.”

Now the question Apple CEO Tim Cook and his team will likely face Thursday is whether that slowing demand is indeed real, and what he plans to do about it. After all, Apple’s expected to announce its next-generation iPhone 14 in the fall, the most important of its product releases alongside new iPads, Apple Watches and Mac computers.

But even if we all stop buying as many iDevices, Morgan Stanley analysts say, Apple appears ready for that too. “Over the last 40-plus years, Apple has built a market-leading technology platform with dominant positioning across several, large hardware end markets,” they wrote last week.

Now it’s moving toward focusing on subscriptions, which offer more predictable and long-term sales. “The path to over $3 trillion of market cap,” they said, will be built on a mass of subscriptions that are “cheaper than a cup of coffee.”

By malkitrataulJuly 27, 2022UncategorizedComment on Apple Navigated Coronavirus to Record Sales and Profits. Inflation May Change All That