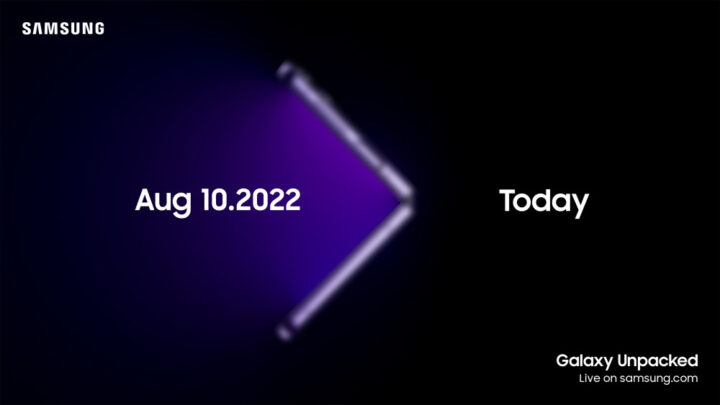 Last updated: July 25th, 2022 at 20:06 UTC+02:00
Samsung confirmed its next Unpacked event last week. It’s going to take place on August 10. While the company hasn’t revealed what it will unveil at the event, it goes without saying that we’ll be treated to new foldable phones.

A new teaser has surfaced online which highlights what’s to come on August 10. No surprises for guessing what. We do get a fleeting glance at the silhouette of the upcoming foldables, and that’s just about it.

The teaser reiterates that smartphones that can flex, or fold, are superior to those that can’t. This is what makes Samsung’s foldable smartphones stand out from everything else on the market. It seems that the company wants to play up this aspect in the days before the event.

The fleeting glance at the Galaxy Z Fold 4 and Galaxy Z Flip 4 in the teaser doesn’t reveal much, no like there’s much being changed cosmetically. All of the leaks and rumors we’ve seen so far suggests that no major design changes are being made this year. We can probably expect to see them next year.

There is something that many who are looking forward to these phones may not like to hear. Multiple reports have highlighted that both the Galaxy Z Fold 4 and Galaxy Z Flip 4 will see an increase in price. Since these are already some of the most expensive phones Samsung makes, a price increase isn’t what fans would be wishing for.

It is what it is, though. Samsung is expected to make a marginal increase in the price of these smartphones. We’ll only know for sure come August 10 when they’re unveiled at the Unpacked event.

By malkitrataulJuly 25, 2022UncategorizedComment on Another Galaxy Z Fold 4 Unpacked teaser hints at what’s to come