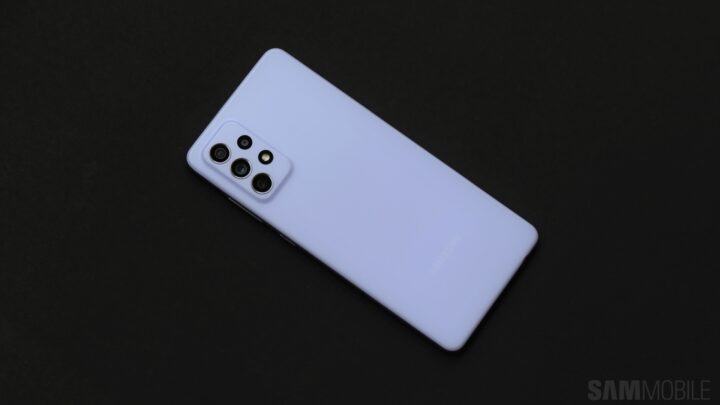 Having camera issues on your Samsung Galaxy A72? General stability issues in general use? Well, Samsung has a fix for both in the latest Galaxy A72 update that’s rolling out now in some countries, such as Russia and India (yes, despite the Russia Ukraine war, Samsung seems to be finding time to release updates in Russia regularly, which probably won’t sit well with some people).

The new Galaxy A72 update comes with firmware version A725FXXU4BVG1, and it includes the July 2022 security patch, which fixes three critical Android OS vulnerabilities and around two dozen high-risk vulnerabilities, in addition to 41 Samsung Vulnerabilities and Exposures (which affect only Galaxy devices).

Since the Galaxy A72 is on a quarterly security update schedule, it’s possible we won’t see more than another minor update or two before the A72 makes the jump to Android 13 and One UI 5.0. Yes, the device is compatible with Android 13 and also Android 14, thanks to its inclusion in Samsung’s policy of three major OS upgrades for some of its devices.

For now though, things aren’t that interesting. Still, everyone loves updates (that’s probably an exaggeration, but hey, we here at SamMobile certainly love them), and the latest one can be grabbed over the air from the A72’s Settings » Software update menu. You can also manually upgrade your phone by downloading the latest firmware from our archives and using a Windows PC.

Can’t seem to access the update in your country yet? Wait a few days and that might change, as these rollouts are phased and it can take time for a new update to make its way worldwide to every customer.