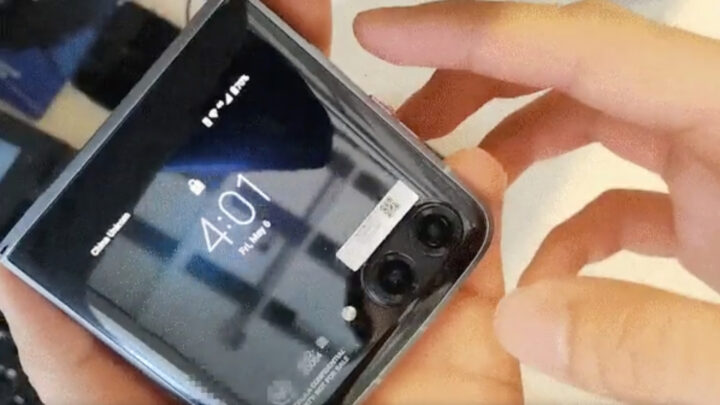 Last updated: July 22nd, 2022 at 12:59 UTC+02:00
Motorola revived its iconic Razr series as a clamshell foldable smartphone a couple of years ago. The device was a direct competitor to Samsung’s Galaxy Z Flip but it didn’t even come close to beating Samsung’s foldable.

The Razr lives on and we’ve been hearing for a few months now that the Razr 3 is in development. With Samsung due to unveil the Galaxy Z Flip 4 on August 10, Motorola has decided to steal its thunder by launching the new Razr 3 on August 2.

Razr 3 launches a week before the Galaxy Z Flip 4

Motorola may have a better chance of taking the fight to Samsung this time around. We’ve explained before how the Razr 3 is in a better position to compete against the Galaxy Z Fold 4. The device reportedly has a 6.7-inch AMOLED foldable display with a 3-inch cover display, larger than what the Galaxy Z Fold 4 will have.

It may also have the same Snapdragon 8+ Gen 1 chipset as Samsung’s upcoming device. Pricing was another factor that prevented the Razr from effectively competing against the Galaxy Z Flip in the past. This time around, Motorola is expected to price the Razr 3 close to its main competitor.

Motorola has confirmed the August 2 launch for the Razr 3, a full week before Samsung launches the Galaxy Z Flip 4 on August 10. However, Motorola is only going to make the Razr 3 available in China initially. There’s no word as yet on its global availability. The Galaxy Z Flip 4 will go on sale across the globe and will thus blow the Razr 3 out of the water when it comes to sales.