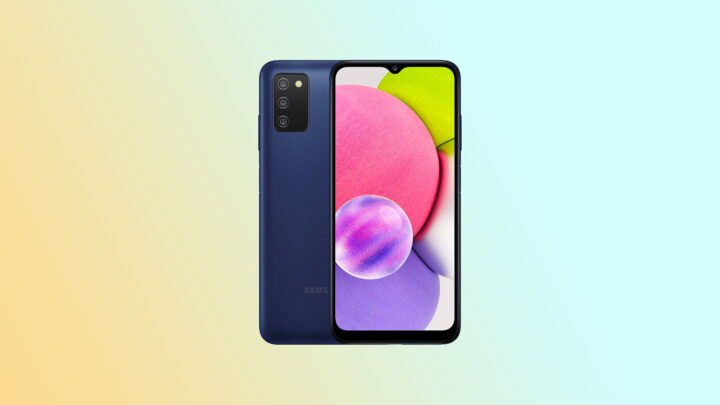 Last updated: July 22nd, 2022 at 17:51 UTC+02:00
Yet another Samsung phone destined to go on sale within the same price bracket as the Galaxy A04 and A04s is being prepared for the market. It’s an M-branded alternative to the A04, and it appears to be powered by a MediaTek chipset.

The Galaxy M04 recently passed through Geekbench carrying model number SM-M045F. The device runs Android 12 and has 3GB of RAM, although versions with more RAM could also be in development.

The online benchmark claims that the Galaxy M04 is powered by a MediaTek processor, the “MT6765V/WB,” also known as the Helio G35. This chipset has eight ARM Cortex-A53 cores clocked at up to 2.3GHz. All eight CPU cores operate together in a single cluster.

Nobody but Samsung knows when the Galaxy M04 will become official, and it will probably go live without much fanfare. Samsung is busy preparing for Unpacked 2022, and all its marketing power right now is behind the Galaxy Z Fold 4 and Z Flip 4.

As for the benchmark results, the Galaxy M04 topped out at 861 Geekbench points in single-core tests and 4,233 points in multi-core, albeit these preliminary benchmark scores aren’t always accurate. In any case, the Helio G35 is a 12nm low-cost chip and won’t break any records.

We’re not sure whether the Galaxy M04 will have a depth camera, but Samsung is reportedly considering removing this type of sensor from future mid-range phones planned for 2023.