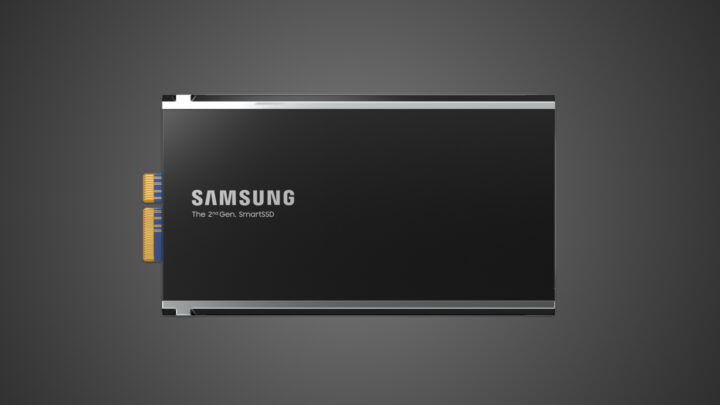 Samsung, the world’s biggest memory chip manufacturer, has announced its second-generation SmartSSD for servers and data centers. The South Korean firm says that its new storage device cuts processing time by up to 50%, energy consumption by up to 70%, and reduces CPU utilization by up to 97% compared to regular SSDs.

The South Korean firm started the development of SmartSSDs in 2020 in collaboration with AMD. The first-generation SmartSSD is already being used by clients, including global video streaming services. It even received recognition as an Innovation Awards Honoree at CES 2021 for its outstanding performance and energy efficiency.

A SmartSSD has the data processing feature built into it, so unlike regular SSDs, data doesn’t need to travel as frequently to the CPU, GPU, and RAM. As a result, bottlenecks are reduced, and the CPU and the GPU have more time to perform other tasks. This increases the performance and energy efficiency of the whole system.

Sina Soltani, Corporate VP of Sales at Data Center and Communication Group at AMD, said that SmartSSD has proven to be a great way to improve performance and efficiency in data centers when paired with Xilinx Versal Adaptive SoCs. Samsung is also working with SNIA (Storage Networking Industry Association) and NVM Express while developing SmartSSDs so they can work with a wide array of devices in the ecosystem.

Jin-Hyeok Choi, Executive VP and Head of Memory Solutions at Samsung Electronics, said, “With the upgraded processing functionality of the second-generation SmartSSD, Samsung will be able to easily address increasing customer needs in the database and video transcoding sectors, as we expand the boundaries of the next-generation storage market.”