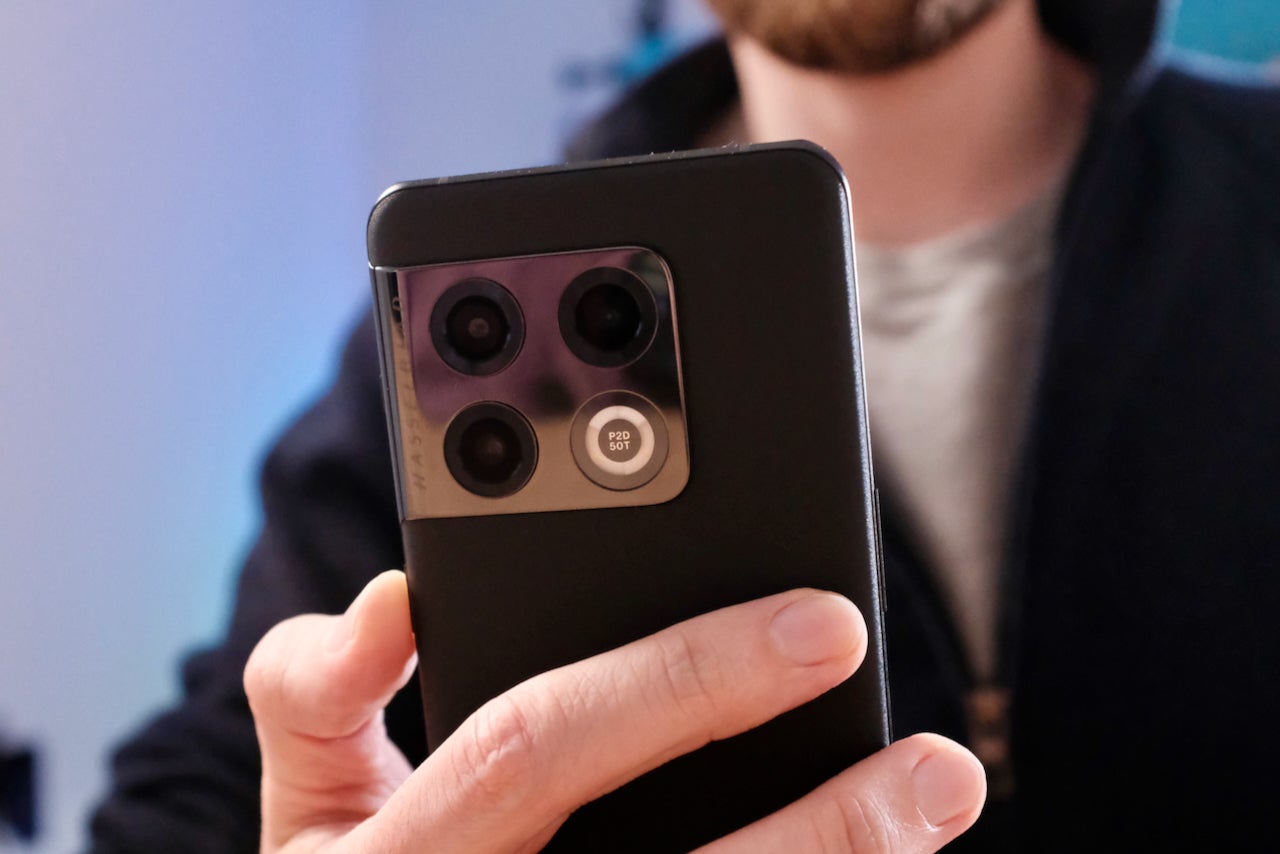 OnePlus will be officially announcing its second global flagship launch of the year, the OnePlus 10T 5G, at an August 3 event.

The company has confirmed that it will be holding is first in-person launch event since 2019 in New York City’s Gotham Hall two weeks today at 3pm BST (10am EDT). It will also be streaming the event, as you might expect.

In a post on the company’s Community web page, we get a glimpse of the rear of the new flagship. This black model appears to have a distinctive textured finish.

This will be the first ‘T’ model since the OnePlus 8T in late 2020. These T models tend to be mid-cycle updates, though of course there was no OnePlus 10 this year to base it off.

If OnePlus sticks to its guns, the OnePlus 10T is likely to be inferior to the OnePlus 10 Pro in terms of its display, its camera configuration, and its premium design. Rumour has it the 10T will have super-fast 150W charging.

Little has been officially revealed about the OnePlus 10T ahead of this event, other than it will come powered by Qualcomm’s Snapdragon 8+ Gen 1. The current OnePlus 10 Pro is powered by the Snapdragon 8 Gen 1, so the new phone will be better than its older brother in at least this one way.

OnePlus also confirmed that the 10T would feature its latest OxygenOS 13 UI. This year’s OnePlus phones to date, including the OnePlus 10 Pro and OnePlus Nord 2T, have all featured OxygenOS 12.1, which received some negative feedback from fans of the company’s historically clean software approach.

With OxygenOS 12, OnePlus switched its software over to a ColorOS base, which is the UI created by parent company Oppo. With OxygenOS 13, the company is sticking with that foundation, but has promised to clean up the UI.

Naturally, we’ll bring you all the news on the OnePlus 10T as it arrives.