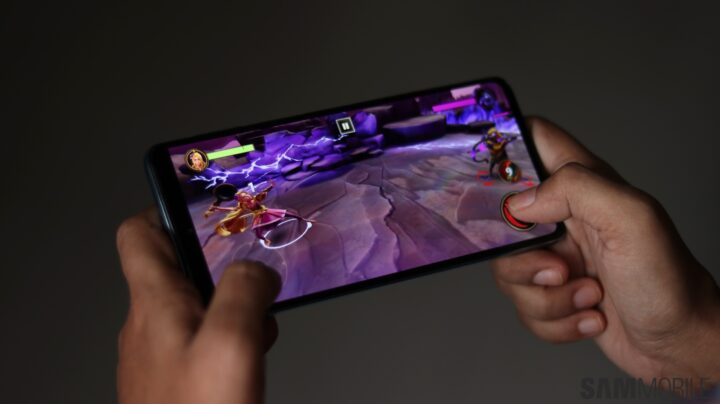 Last updated: July 20th, 2022 at 16:34 UTC+02:00
Samsung has just launched a new promotion for mobile gamers, wherein participants can earn up to $45 in Galaxy Store gift vouchers. The so-called “Dog Days of Summer” promotion lasts through July 31 and rewards the top 200 players in several games.

To participate in the promotion, all that Samsung Galaxy device users have to do is to rank in the top 200 players in three popular mobile games: Hungry Dog FRVR, Baseball FRVR, and Carrot Hitter.

As you may have noticed, these are cloud-based mobile games that are available through the Instant Plays section inside the Samsung Game Launcher app. And yes, customers have to use the latest version of the Game Launcher to be eligible for this new promotion.

How can Galaxy gamers earn gift vouchers this summer?

Hungry Dog FRVR, Baseball FRVR, and Carrot Hitter are three of the most popular Instant Plays mobile games on Samsung’s platform. The company is now rewarding the best players throughout the summer.

The top 200 US-based players in any of these three games will receive a $15 Galaxy Store gift voucher. Samsung will gift $45 vouchers to players who have ranked in the top 200 across all three games.

Instant Play mobile games don’t require a download. They’re powered by cloud technology and are available directly from the Samsung Game Launcher. The latter comes preloaded on the majority of Galaxy smartphones and tablets but is also available for download from the Galaxy Store.