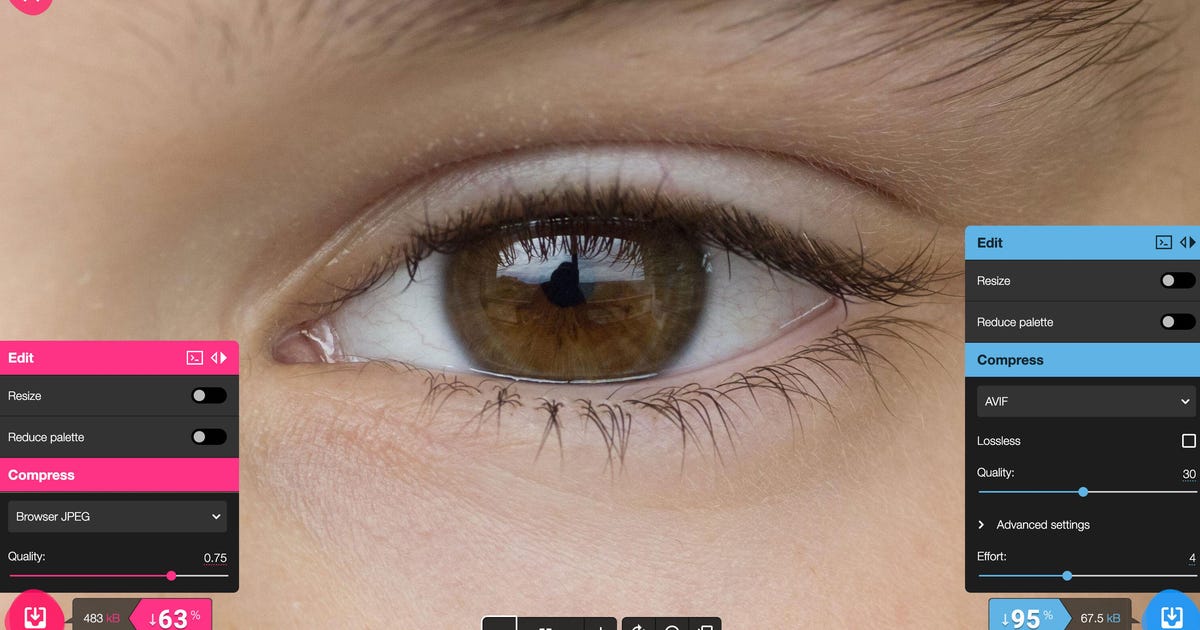 Apple’s Safari web browser will be able to display AVIF image files when the iOS 16 and MacOS Ventura operating systems reach devices this fall, part of an industry effort to speed up the web by shrinking file sizes.

The AVIF file format, which has already been embraced by Google’s Chrome and Mozilla’s Firefox browsers, reduces size with a more advanced determination of which photo details to keep or discard.

Apple’s support for the format was discovered in its Safari Technical Preview test browser by Jen Simmons, an Apple web developer evangelist, who tweeted the news last week.

Apple builds video, audio and image format support into its operating systems, so it’s possible other software could benefit from AVIF abilities, too. Support in iOS and MacOS could ease AVIF use for situations like viewing image thumbnails in video streaming apps or downloaded photos in Apple’s Preview tool.

AVIF, developed by the Alliance for Open Media, can dramatically shrink photos compared to other file formats. Google found AVIF file sizes are about half that of JPEGs at the same quality. Netflix likes AVIF’s “superior compression efficiency” and its support for HDR imagery.

Neither Apple nor AOM responded to requests for comment.

Adding new file formats to the web and tools to your smartphone camera app is a difficult endeavor. The JPEG format has been universally supported since its introduction in 1992 and will be difficult to unseat. AVIF is also vying with JPEG XL, WebP 2 and HEIC, among other alternatives.

Apple’s support is a major boost for AVIF. It means web developers can embrace AVIF’s benefits without having to worry as much about falling back on another image format when AVIF isn’t an option.

If you’re curious about AVIF’s file sizes and image quality, you can try it out on your own photos using the Squoosh image compression comparison tool.

By malkitrataulJuly 19, 2022UncategorizedComment on Apple Endorses New AVIF Photos for a Faster Web on iOS 16