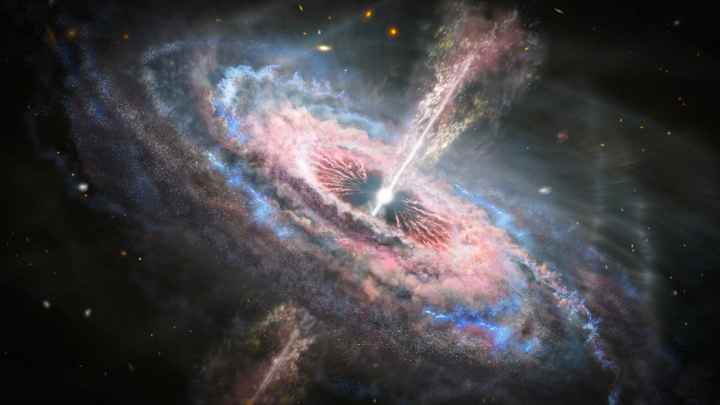 The James Webb Space Telescope (JWST), launched in a solar orbit in December, may have just provided Samsung fans with the best space-themed wallpapers for their Galaxy smartphones and tablets.

The very first image from the James Webb Space Telescope was publicly released a couple of days ago. And as of now, hobbyists, astronomers, cosmologists, and curious eyes alike have access to over 200 high-resolution space-themed images on the official WebbTelescope website.

All of these gorgeous photos are available for download, and they undeniably make for beautiful wallpapers.

The darkness of space looks best on AMOLED

The WebbTelescope website contains photos of stunning nebulas, galaxies warped under the effects of gravitational lensing, the NGC 1300 and 3351 galaxies, the Galactic Center, and many other breathtaking sources of ancient cosmic light.

It also features illustrations of planets and other supermassive astronomical objects, as well as stylized spectrum analyses of detected exoplanets. It’s a treasure trove of inspiring imagery for anyone who is at least remotely interested in astronomy, cosmology, and outer space phenomena.

Check out some of the examples in the image gallery below. And if you want to use these beautiful images as wallpapers for your Samsung Galaxy device, visit the official website for the entire gallery of high-resolution photos — courtesy of the powerful JWST orbiting our sun at a staggering distance of 1.5 million kilometers from Earth.

By malkitrataulJuly 14, 2022UncategorizedComment on James Webb Space Telescope photos might be the best Galaxy wallpapers