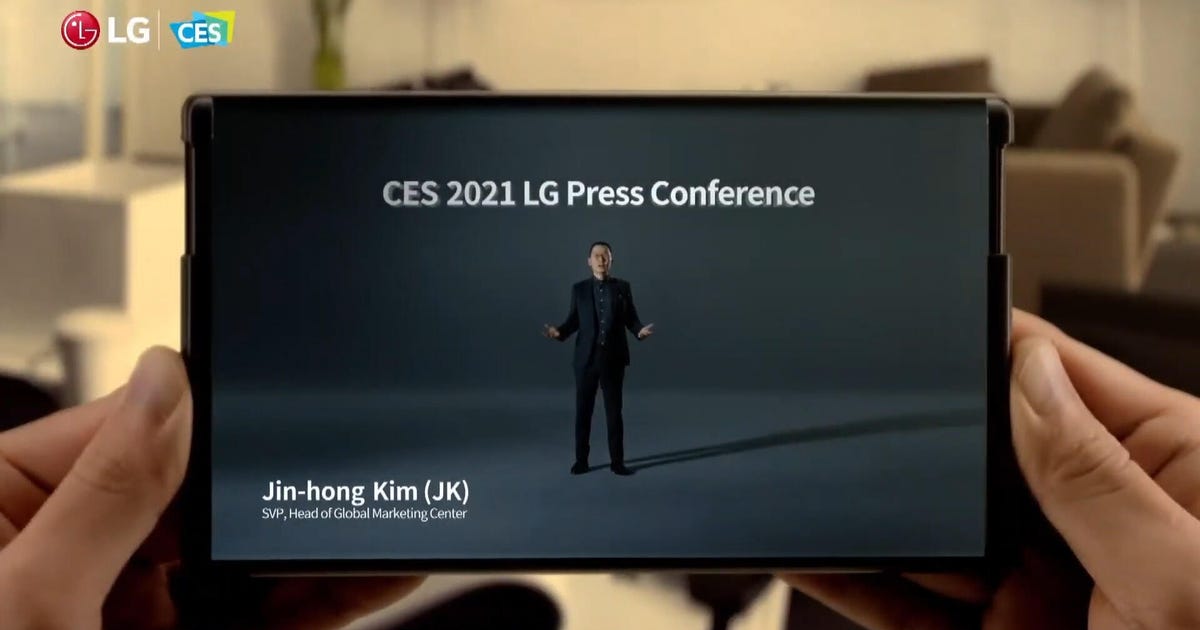 LG left the smartphone business a year ago, but left one big mystery behind: the rollable phone it teased at CES 2021. Now a video on YouTube may have revealed a working version of the device in the wild.

The LG Rollable, as we assumed it would be called, first appeared in the company’s CES press conference, which showed the phone’s display smoothly extend — but so smoothly that it could’ve been CG magic. The LG Rollable in the YouTube video surfacing today looks real, though, and the screen even looks responsive to touch commands. Other factors in the video like reflections make it even more likely that this is the real deal, as The Verge pointed out.

It’s tough to tell how functional this version of the LG Rollable is, meaning it could be a prototype with only a working display or a market-ready version. The short video does show us that the back of the LG Rollable has three cameras and a flash, though neither are used, nor do we see any software but the home screen. Given LG intended to release the Rollable in 2021, this could be closer to the final version of the phone.

LG didn’t respond to request for comment by time of publication.

By malkitrataulJuly 12, 2022UncategorizedComment on LG’s Rumored Rollable Phone Shows Up in a YouTube Video