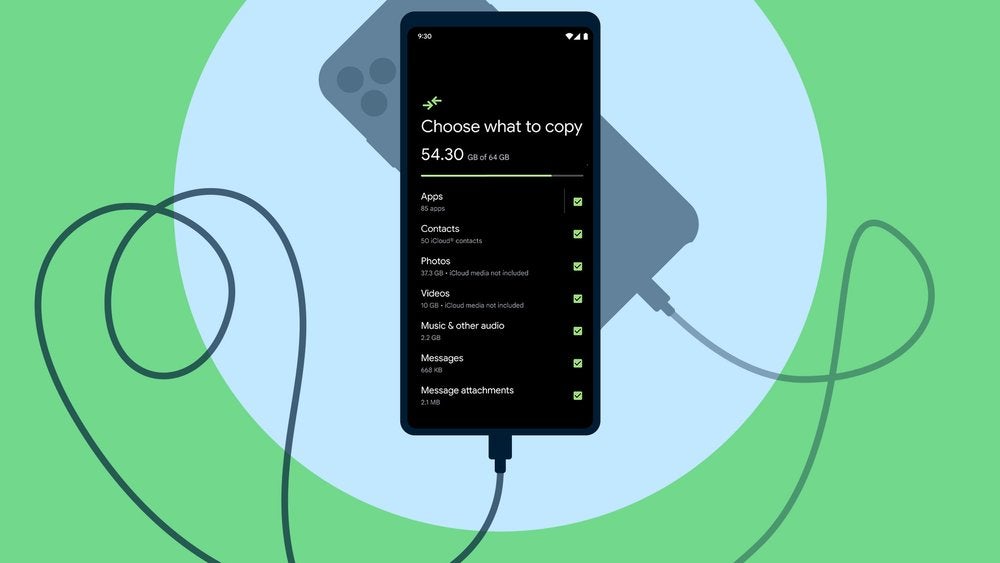 Google is making it much easier for iPhone owners to switch to Android by ensuring its new iOS app is compatible with all phones running Android 12.

Previously the Switch to Android app had only worked for people who were ditching an old iPhone for a Pixel phone, but now it’ll work with the full gamut of Android 12 handsets.

The app, which finally rivals the Switch to iOS app Apple has offered on Google Play for many years, makes it easier to move over contacts, messages, calendar, photos and even common apps, from an iPhone to the new Android phone.

Once ‘Switch to Android’ is installed on the iPhone, it’ll be possible to move the data wirelessly or by connecting the two devices with a USB-C to Lightning cable.

In a blog post announcing the update today, Google pitches ten reasons new Android users will enjoy their new home. Number one on the list is the messages app, highlighted by the RCS standard Google is badgering Apple to adopt.

It goes onto explain that Android users will still be able to access FaceTime within Chrome, Apple Music on Android, and access to most of their favourite App Store apps via Google Play.

It even attempts to dispel some misconceptions about Android, by talking about the focus on privacy and the ability for Google’s suite of devices to work alongside each other. The Fast Pair connectivity available with the Pixel Buds and AirPods will still work on Android, if you’re worried about that.

The blog goes on to explain some of Android’s more useful features, which former Apple users might appreciate. Nearby Share is the company’s equivalent of AirDrop, while the home screen widgets Apple have only recently adopted have long been a feature of Android.

By malkitrataulJune 29, 2022UncategorizedComment on Google just made it much easier to Switch to Android from iPhone