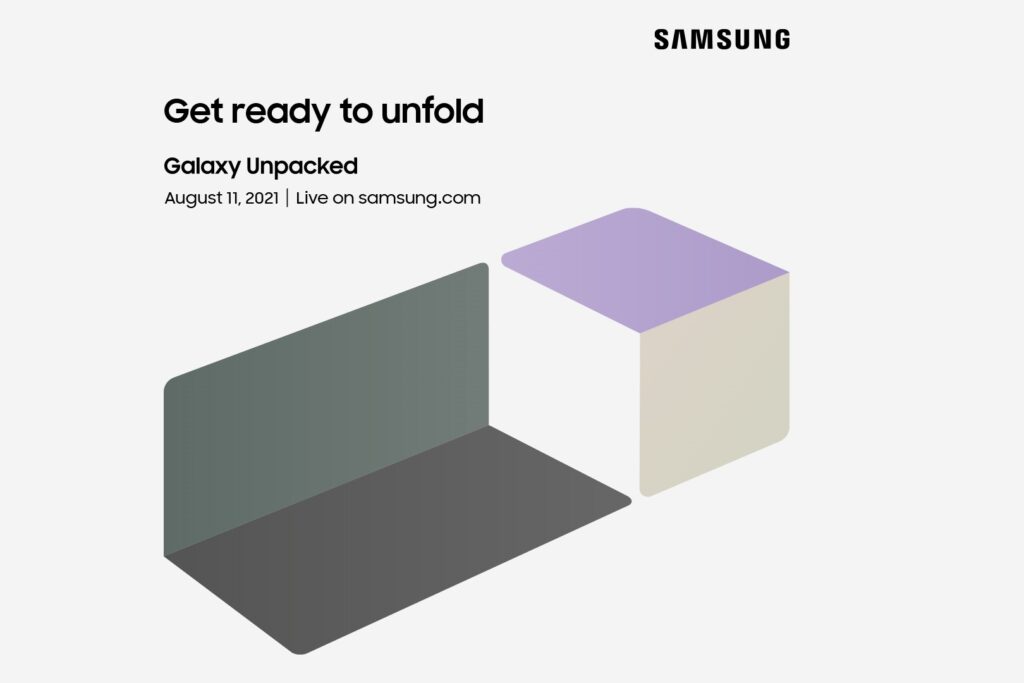 Samsung has confirmed the date for its next Galaxy Unpacked event and, unsurprisingly, it’s the same as the majority of insiders were predicting: Wednesday August 11.

The date was actually confirmed via Morse code yesterday for the handful of people who will routinely consult Bixby for such matters, but Samsung’s invitation makes it much clearer. Here it is in full:

“Get ready to unfold” doesn’t leave much room for speculation and the abstract shapes below the text appear to show an unfolded Galaxy Z Fold 3 on the left and an upside-down Galaxy Z Flip 3 on the right. You can see an animated version of this on the official Samsung site, where the company reveals that the online event will kick off at 3pm BST, and gives you the opportunity to pre-register if you like.

The rumour is that this is the year Samsung intends to make foldables go mainstream, with the company not only manufacturing several times as many as in previous generations, but also apparently considering a tempting 20% price cut to get them into as many pockets as possible.

Of course, if leaker Evan Blass is to be believed – and he’s usually right on these things – while the foldables are no doubt the headliners, Samsung will have plenty more to show. In recent weeks, we’ve seen the Samsung Galaxy Watch 4 leak, both with a classic twisty bezel and without, and a whole new set of colourful Galaxy Buds.

But, according to Blass, it will be showcased at the Unpacked event, and if its predecessor the Galaxy S20 FE is anything to go by, it should be a very appealing handset to those that want flagship performance without paying flagship prices.

Plenty to look forward to on August 11, then. You’ll be able to watch the event on the Samsung site, but if you can’t spare the time, rest assured we’ll have full coverage of everything right here on Trusted Reviews.