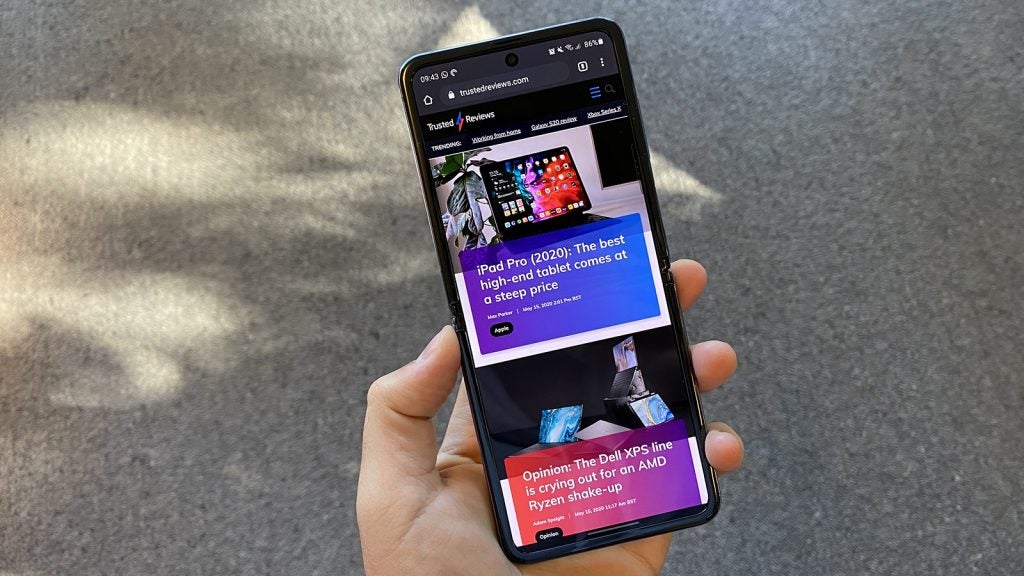 It’s been nearly a year and a half since the original Samsung Galaxy Z Flip was announced and almost a year since its 5G successor hit the market. With the Galaxy Z Flip 3 rumoured to be launching in August, here’s everything you need to know about the incoming foldable.

Samsung caught our attention in 2020 when it channeled our early 2000s flip phone nostalgia into a smartphone with a foldable display and an expensive price tag. The company released a 5G version six months later, which brings up to its third iteration: the Galaxy Z Flip 3.

While the first two phones in the Z Flip series remained mostly unchanged with the second gaining the 5G label, it seems Samsung has opted to skip the Z Flip 2 and move straight onto the Z Flip 3.

According to a report by LetsGoDigital (via Tom’s Guide), Samsung will be moving onto number 3 to match the pace of the Galaxy Z Fold 3 and perhaps prevent people from assuming the Z Flip 2 is an older release next to the Z Fold 3. It’s also possible that Samsung considers the Z Flip 5G a second iteration.

Confusing naming conventions aside, here’s everything you need to know about the Galaxy Z Flip 3, including what it’ll look like, what cameras it will have, how much it’ll cost and when we expect to see it.

According to a report by SamMobile, both the Galaxy Z Flip and the Galaxy Z Fold lines will see a “big price cut” for 2021 with an up to 20% reduction in store for the Samsung foldables.

This wasn’t the first we’d heard of a cheaper Z Flip. SamMobile had previously shared an industry report from Display Supply Chain Consultants (DSCC), suggesting that the Z Flip 3 could cost less than $1000 (or £750).

As far as a release date goes, the Galaxy Z Flip 3 is expected to be announced in August, with many suggesting August 3 as the date to watch.

We’ve already heard a decent amount of information about the Z Flip 3’s design. Giznext shared renders of the rumoured Z Flip in June, showing off a larger external display and new colour options available for the foldable.

The design in the Giznext images looks similar to its predecessors but with some subtle updates. For one, the 1.1-inch outer display designed to show notifications and function as a viewfinder for selfies has apparently been increased to 1.9-inches.

The camera layout is now vertical instead of horizontal – presumably to make space for the wider front display – and the camera and display are now situated in a black rectangle, giving the design a dual-tone look.

Speaking of colours, the Z Flip 3 could come in a lot more shades than its predecessors, with options including dark green, light violet, beige, grey, black, pink, dark blue and white. Considering the original Flip only came in purple, black and gold (or bronze and grey, if you opted for the 5G edition), this gives users more choice when it comes to design.

These design rumours were corroborated one day later by a thread of 360-degree videos shared by Evan Blass on Twitter.

We haven’t heard much about the Z Flip 3’s specs at this point.

The Giznext report points to a larger battery, but doesn’t go into specifics regarding how much bigger it will be. The original Z Flip included a small 3300mAh battery, but reviewer Henry Burrell noted that the Snapdragon 855 Plus chipset helped the battery remain strong. Nevertheless, a larger battery wouldn’t go amiss on the next Z flip.

As we saw in the design leaks, the rear camera could move from a horizontal layout to a vertical layout to make space for a larger external display. A report by LetsGoDigital suggests the Z Flip 3 could also see an upgrade from a dual to a triple rear camera.

The Giznext article also hints at an under-display selfie camera in the foldable panel which would replace the punch-hole camera in the existing Z Flip.

However, it isn’t clear at this point if this will be the Z Flip 3 or another foldable in Samsung’s line up.