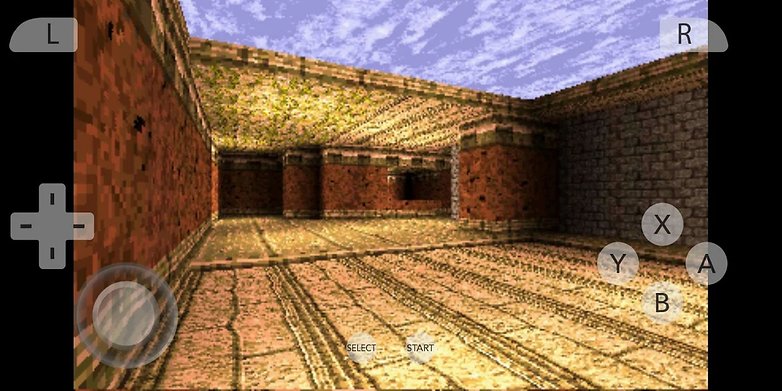 Update as of April 2021: Three new emulators were added (Citra Emulator, Dolphin Emulator, and redream), while the Free NES Emulator no longer available on Google Play and Yaba Sanshiro is no longer on the list.

In order to play certain titles on an Android smartphone or tablet, the gamer will require a console emulator that runs on Android. While there are such emulators that are available free of charge, there are also paid versions out there. So far so good, but it begs the question: where does the legality of it all begin (and end)?

Basically, it is similar to what used to be the case with the DVD burner and copy of a game disc. While owning an Android emulator is not illegal, but infringing the copyright on a game, making copies of a title, and even making money from it can land you in trouble with the law.

That is why we do not provide any instructions here on how to obtain the so-called ROMs (games) and how to get them up and running with the help of console emulators on Android. Based on experience reports, we would just like to introduce you to a few emulators for Android that are relatively stable and do deliver a satisfactory gaming performance that will feel like a walk down memory lane.

If you have had any experience with emulators, you would have noticed that it simply does not run as smoothly as it would on the actual console itself. There are cumbersome processes to go through at times before you can even begin your game, while there are bugs and game crashes in other instances.

Normally, you will have to factor all of those when dealing with emulators, and the same applies to this rather new Citra emulator, which handles games meant for the Nintendo 3DS handheld console.

To be fair, one can still make plenty of allowances for Citra as the app is still in a very early development stage and hence, there is still much to be worked upon. With Citra, you have access to the usual range of functions such as loading/saving games, compatibility with external controllers as well as gesture controls, among others.

As with many other emulators, you can opt to enjoy the free version of Citra or you can land the premium version for $4.99. The premium version will unlock some cosmetic features, including the Dark theme and additional texture filtering options.

It should be compatible with plenty of games, although you might find that your favorite 3DS title does not run on this emulator. It is quite possible, however, that something will change in terms of stability and compatibility if the developers have tinkered with it a little longer.

GameCube and Wii fans are not overwhelmed with a huge number of available emulators, which is why the Dolphin Emulator might be a decent recommendation for you if your heart is still on these old Nintendo consoles. The makers of the app explicitly point out that you ought to own your very own ROMs in order to be able to use the Dolphin emulator.

You will still stumble across bugs as this emulator continues to be under development. On the other hand, the Dolphin emulator remains available for free and supports the usual bunch of features such as loading and saving games.

Even before we come to Reicast in the list further down, redream has the distinction of being the best emulator for Android devices when it comes to Sega Dreamcast games. It is available as a free download, of which you have to fork out $5.99 if you want the pro version. According to many Sega fans who have tried out the pro version, it is well worth investing that small token sum for an enhanced gaming experience.

Another decisive factor is whether you have a smartphone with a lot of processing muscle underneath the hood. With a powerful Snapdragon SoC, you should not run into any performance problems. If you are one who is always harking back to games in your youth during the Dreamcast era, then do give redream a chance. Most games should be compatible and run very smoothly, and thankfully, you can also use external controllers with redream.

The Game Boy Advance has seen its fair share of excellent games over the years. Think of Legend of Zelda: Minish Cap, Fire Emblem, Final Fantasy Tactics Advance, and Super Mario Advance 3: Yoshi’s Island. Thanks to My Boy!, you can experience these wonderful GBA titles on your smartphone and tablet.

The emulator also comes up with several extras such as increasing the game speed. It makes perfect sense to have earned a place in the list of best emulators for Android. Fast Emulator offers a paid version for $4.99 and, alternatively, a free version which comes with in-app advertising.

Here we are traveling back even further in time for those who want to enjoy Game Boy or Game Boy Color games. My OldBoy! does seem to be the best Gameboy emulator around, hailing from the same developers as My Boy! and hence, offers an equally wide range of functions. That means you can save different game states, adjust the game speed, or even use cheats if you find those classics to be too difficult for your slower reflexes.

Some of the functions are only available in the full version of the Game Boy emulator, which costs $3.99. If you don’t need these functions and can live with advertising, then there is always the free version.

EmuBox is an all-in-one emulator that supports games for the Nintendo DS, PSX, SNES, Game Boy Advanced, and Game Boy Color – not to mention the 8-bit champion, the NES! It has a material design and is extremely easy to use. Of course, the classic emulator offers functions such as multiple games, a fast-forward function, and support for various external controllers.

You can also perform various adjustments in the settings to eke out more performance for certain games. The app itself is free and is funded through advertisements.

The DraStic DS emulator is one of the best emulators for Nintendo’s old handheld console that sported two screens. You can adjust the latter according to your preferences in the settings. In addition to the standard options such as a customizable virtual control, the emulator works great with the ability to upload saved data directly to Google Drive and thus, allowing one to synchronize different devices.

The best thing about the DraStic DS emulator is the fact that it is extremely stable and only very few ROMs fail to run on it. The emulator costs $4.99, and if you want to try it out first, you might as well take advantage of the refund period offered by the Play Store.

RetroArch is a very special emulator by itself. This is because it doesn’t just emulate games. Before you get down and dirty with it, you will first have to emulate the console that you want using a so-called “core”. You can easily download the core and have it work within the app. While it might be a bit fiddly at first, but once you’ve gotten the hang of it, it becomes a whole lot easier later on.

Most of the emulator cores work very well, making RetroArch a good app for those who want to emulate games from a variety of consoles without having to download different apps. It is also available completely free of charge and offers a wide range of functions.

DosBox Turbo does not offer console titles on your Android smartphone, as it does old DOS games instead. In order for this to happen, the app relies on the groundwork laid out by the DosBox open source project – which is why most of the DOS classics work.

The developer has also implemented optimizations for mobile hardware, so that you should have enough power on your gaming tablets and smartphones even for the more power-hungry games of the DOS era. Adventure or strategy games run fast enough in the first place, so no worries there.

Some games can be controlled very well using the touchscreen such as management simulators. For action-packed 3D games, it is highly recommended you connect a game controller or use a mouse-keyboard combination for your tablet. DosBox Turbo does have touchscreen buttons that you can use to control games, but that’s simply less than optimal under hectic situations.

Another alternative would be the Magic DosBox app. The functions are basically similar to DosBox Turbo with one exception: Magic DosBox also works with Android TV, so that Shield TV owners, for example, can use the app to bring old DOS games to life on their TVs.

However, this would not work to your advantage as you would also have to transfer data to your Shield TV, which is not something easy to do using onboard tools. Once this hurdle has been overcome, you can use Magic DosBox to relive many games from a bygone era.

Since you can optimize the key assignment for each game individually, action games are especially fun to play. A mouse is useful for setting up a game, because the user interface of Magic DosBox has been optimized for touch screens instead.

Magic DosBox costs $3.49, where a slightly restricted yet functional version is also available for free. To install this DOS emulator on your Shield TV console, you will have to go through the web version of the Play Store.

The Sega Dreamcast had some amazing games back in the day, but unfortunately, those were not enough to prevent it from being Sega’s last console. Think of Shenmue & Shenmue II, Soul Calibur, Crazy Taxi, the list goes on. You can now easily enjoy these and many other classics on your Android device with the Reicast Dreamcast emulator.

The console emulator is characterized by ease-of-use, a stable platform, and precise controls. The developers do roll out new features and improvements for the Reicast Dreamcast emulator from time to time, so always keep an eye out for the latest version!

The time of Sony handheld consoles look set to end very soon, as Triple-A games (very high-quality titles) are no longer being developed for the PS Vita. Back when the Sony PSP began so well, Android gamers can relive those glory days with the PPSSPP – PSP Emulator.

This console emulator for Android is constantly being improved with newer updates, with the console emulator now being able to support numerous PSP games. There is a paid version ($4.99) that is known as PPSSPP – PSP Emulator Gold if you want to support the development effort.