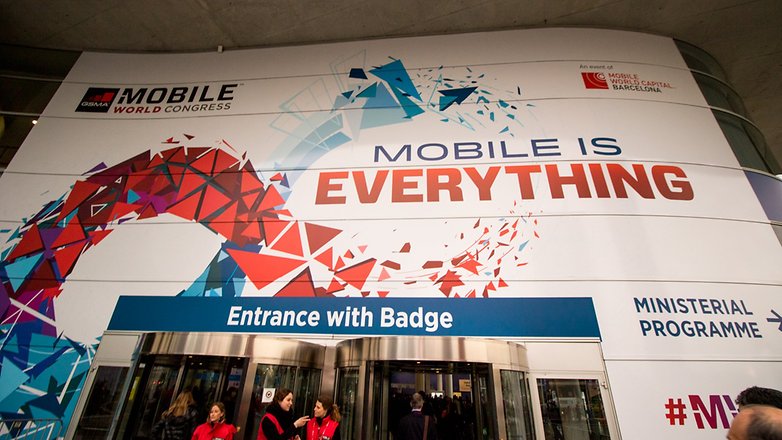 MWC 2021 started in Barcelona a little later than usual. As the Corona pandemic still complicates the fair’s logistics, just under 30,000 visitors are expected. Although many manufacturers have also canceled their participation, NextPit brings the main highlights and news from Mobile World Congress.
The first half of 2021 is about to come to an end, and normally that would mean that MWC Barcelona would be long gone. However, as things remain different due to the pandemic, the Mobile World Congress has been pushed back to the end of June and will be held again this year — after last year’s cancellation — as a hybrid physical and virtual event.

Although many manufacturers have already canceled their presence, we will be watching the event for you. This article will be updated continuously throughout the event. Updates, just like the current day, can always be found at the top — highlights from the previous days will move down the list as updates are made.

June 28: The first day of the show brings Snapdragon 888+ and Lenovo Smart Clock 2

Even without a presence in Spain, many companies are at least virtually there, taking advantage of the MWC attention to show off new products from afar. This includes Lenovo, for example, which is staying away from the show, but still unveiled many new devices today, such as the Smart Clock 2.

Samsung is also not on site, but does not miss the opportunity to hold a virtual “Galaxy MWC” event. Among other things, it will be about smartwatches, the Koreans already let through. Perhaps today – at 19:15 CET – we may already take a first look at the new Wear OS, where Google and Samsung are working closely together, as we know since Google I/O.

On the hardware side, we can hope for the unveiling of the Galaxy Watch 3 successor — the Galaxy Watch 4! However, in all likelihood, we won’t be seeing any new top-of-the-line smartphones or even new foldables like the Galaxy Z Fold 3 today. So don’t set your expectations too high in that regard.

The Snapdragon 888+ is also exciting for the future of top smartphones. As with the previous generations, Qualcomm is delivering an overclocked version of the currently fastest Android SoC. Whether the chip manufacturer will get the heat issues under control in the process, we will probably only find out in the Honor 50 Pro+.

Highlights of the next few days: Elon Musk talks about Starlink

Besides Samsung’s wearables announcement, what other highlights can we hope for at this year’s MWC? Internet 5G will definitely be a big, defining topic again, even if companies like Ericsson and Nokia are not present in Barcelona. However, spectacular announcements from this sector are likely to remain as scarce as the presentation of important flagship phones.

Instead, it’s likely to be Elon Musk once again who will be drawing the attention. Tomorrow, Tuesday, he will be joining us for his keynote and then the eccentric billionaire will chat about his company SpaceX ‘s Starlink project. With the help of thousands of satellites, he wants Starlink to ensure that fast internet is available in every corner of the world, so when the quirky Tesla boss addresses the world tomorrow, you can expect entertainment and full-bodied announcements as usual.

As expected, however, the GSMA, which is organizing the event, is suffering from a lot of cancellations this year and will have to make do without the huge highlights. Already in spring it became clear that the network giants Ericsson and Nokia would be absent, Deutsche Telekom will not be there this year, Samsung, Sony, Lenovo and many others will also spare themselves the otherwise always very coveted presence in Barcelona’s exhibition center.

On site, the GSMA would like to welcome a total of up to 30,000 visitors at this year’s MWC. Logically, the hygiene concept already presented in March will take effect and, even with currently manageable incidence values in Spain, the greatest care will be taken to ensure that the event is held safely.

Despite all the prudence and efforts of the organizers, this year’s Mobile World Congress will certainly be quieter than usual. Nevertheless, we will continue to keep our eyes peeled and compile everything worth knowing for the NextPit Community in this post.