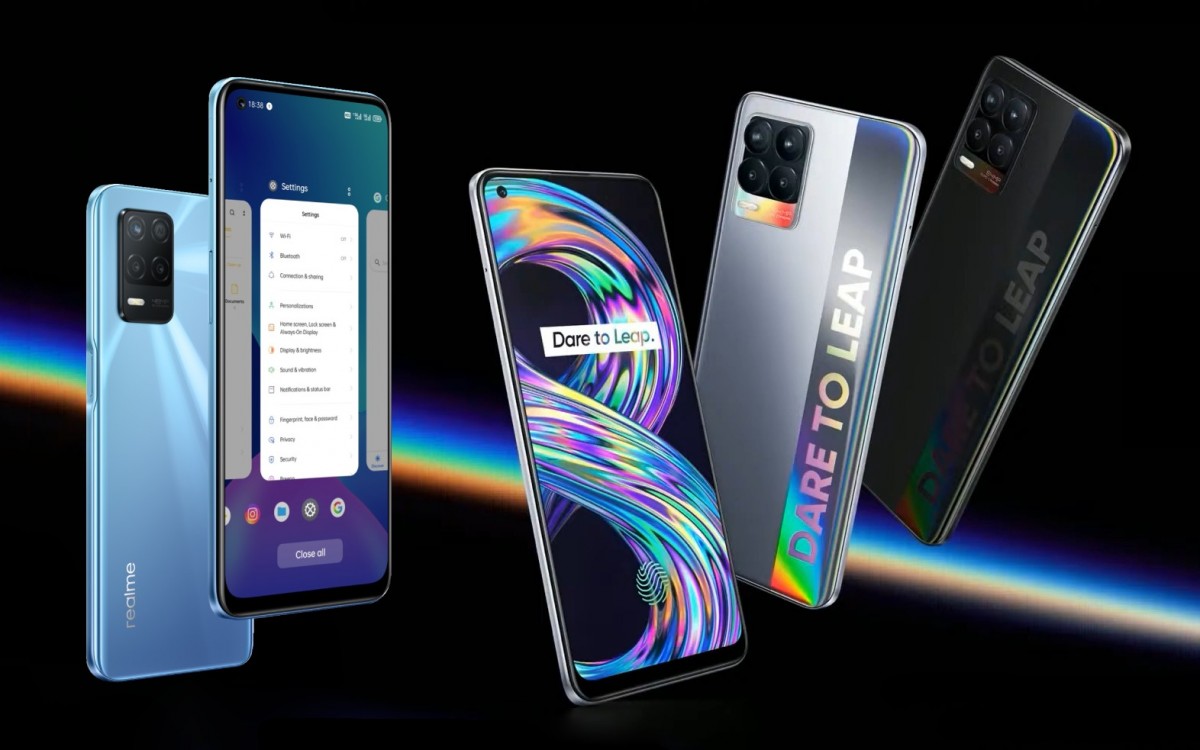 The Realme 8 and Realme 8 5G smartphones officially arrive in Europe today, several weeks after the global launch in the Asia Pacific region. The first three countries that will get the midrangers are the United Kingdom, Italy, and Spain.

The Realme 8 is available in two memory configurations – 4/64 GB and 6/128 GB, with the respective prices being £199/€179 and £219. The devices can be purchased right now from the company’s website. The color options are three – Cyber Silver with the neat monochrome stripe, Punk Black, and Cyber Black.

A quick reminder that the Realme 8 and Realme 8 5G are quite different smartphones – the 5G version has a 48MP triple camera on the back, while the LTE variant has four shooters, with the main one having a 64MP sensor. Charging on the non-5G is also faster at up to 30W, compared to 18W on the Realme 8 5G.