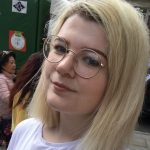 On April 5, LG announced that it will be exiting the smartphone market later this year. The Wing and Velvet maker was known for its innovative and slightly wacky designs but its handsets never quite reached the popularity of other well-known brands and regularly failed to earn a place in our best phones guide.

Luckily for its userbase, LG has promised to continue to offer security updates for up to three years for its premium models, but why has the company decided to call it quits now?

We reached out to analysts from Forrester and Kantar to learn more about LG’s decision, what it means for you – and which brands could be next to go.

LG faced too much competition

Why did LG close its phone business?

“While LG has had significant traction in some markets like its home market (South Korea) and in the US, the company has lost significant market share over the past few years in an incredibly fierce and competitive global smartphone market”, said VP, Principal Analyst at Forrester, Thomas Husson.

LG’s smartphone installed base share was down year-over-year in the fourth quarter of 2020 across a number of markets, according to Kantar’s Global Insight Director of Technology & Entertainment on Demand, Jennifer Chan. This included the UK, the US, France, Germany, Italy, Spain, China, Japan and Australia.

“You’ve got increased competition in all price tiers with Samsung and iPhone broadening the availability of their devices outside of the Super Premium tier, as well as competition from Chinese brands, so LG has had to work harder in their playing field and unfortunately the results show it hasn’t paid off”, explained Chan.

“Despite some innovation on display design and good products, the firm had no longer the scale and scope to compete in the mid-range smartphone market against global leader Samsung or against Chinese competitors”, said Husson. “The firm has also never really tried or managed to compete in the high-end market and logically came to the conclusion it should focus its efforts on displays, smart home products, AI and other more promising segments”.

Up to 53 millions users could be affected by this move

“Globally (across 20 markets) there’s a potential 53 million consumers up for grabs; 42 million who’s main device is an LG smartphone and 11 million with LG featurephone”, said Chan.

22.3 million of these users reside in the US. As of last October, 19% stated that they planned to buy a new smartphone in the next six months, 46% of whom hoped to stay loyal to LG.

This leaves 1.9 millions LG users looking for a new phone this year, with Samsung and Apple being the most likely choices, according to Chan, as well as a number of popular Chinese makes.

“LG caters to a slightly older and less affluent audience and is well-positioned for new smartphone consumers”, said Chan. This includes those looking for upgrades or cheaper phones outside of a brand’s flagship offerings.

“Looking at key brands like Samsung and Apple, over the last couple years they have positioned themselves well to pick up these consumers”, said Chan, drawing attention to Samsung’s Galaxy A Series and Apple’s iPhone SE 2. as well as the continued sale of the iPhone XR.

“I think consumers are really spoilt for choice and even more so now with C-brands continuing to do well; the likes of Xiaomi, Oppo and Vivo”.

Who will be next to fold?

But, LG’s departure from the smartphone market doesn’t spell good news for everyone. After all, LG isn’t the only company to struggle against the success of Samsung and Apple in recent years.

“I’d say the traditional brands who struggle to reinvent themselves and who suffered from decline in market share over the years: Sony and Motorola”, predicted Husson.