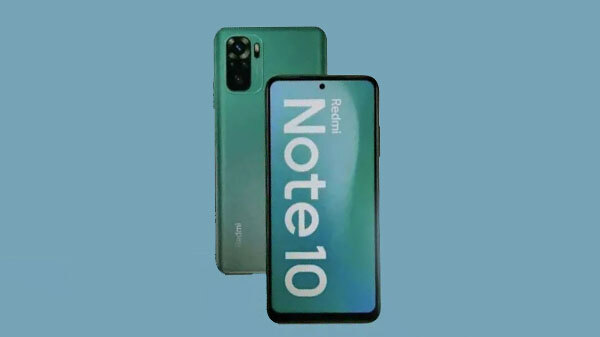 Excited to share that #RedmiNote10 series will feature #SuperAMOLED display – 1st TIME EVER ON a #RedmiNote! 🔥

Undoubtedly the single-most #10on10 anticipated reveal of all-time!

Redmi Note 10 Series: Everything We Know So Far

The recently leaked hands-on video of the Redmi Note 10 has revealed the design and color details. The handset is tipped to sport a punch-hole display with thick bezels. Under the hood, the handset is believed to pack the Qualcomm Snapdragon 678 SoC paired with up to 6GB RAM and up to 64GB memory which will also support a microSD slot.

The Note 10 series is also confirmed to come with a 108MP primary camera sensor. Although, it has not been revealed which model will get the high-resolution sensor. The standard Note 10 leaked with a 48MP quad-camera setup at the rear panel. Software-wise, the handset will ship with Android 11-based MIUI 12.0.1. The phone is also said to pack a 5,000 mAh battery with 33W fast charging support.

The volume and the power key will be placed on the right edge and the SIM card tray will be on the left side. For connectivity, it will support a 3.5mm headphone jack, a USB Type-C port. Furthermore, the phone is expected to arrive in Onyx Grey, White, and Green colors.

On the other hand, another leak by YouTuber Sistech Banna has revealed the price of the Redmi Note 10 via an alleged retail box. The retail box shows the price as Rs. 15,999 for the 6GB RAM + 64GB storage model. However, the leaker claims that the Redmi 10 will be priced in India at Rs. 14,999.