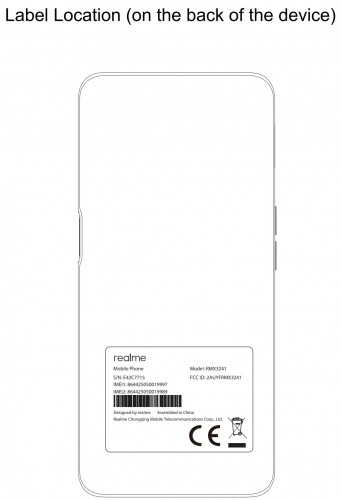 The Realme 8 5G bearing model designation RMX3241 bagged NBTC certification last week, and now it has been certified by FCC as well, moving it a step closer to the launch.

The FCC listing reveals that the Realme 8 5G will pack a 5,000 mAh battery and run Android 11-based Realme UI 2.0 out of the box like its 4G counterpart, but there will be some differences between them. For starters, the Realme 8 5G will be thicker (8.5mm) and heavier (185 grams) than the non-5G variant.

Moreover, the Realme 8 5G will feature a side-mounted fingerprint scanner instead of an in-display solution like the 4G version. This means we could see the 5G model come with an LCD panel instead of AMOLED.

The US certifying authority also tells us that unlike the 4G version, the Realme 8 5G will come with an NFC chip onboard.

The rest of Realme 8 5G’s specs are still unknown, but we’ll surely hear more about the smartphone in the coming days.