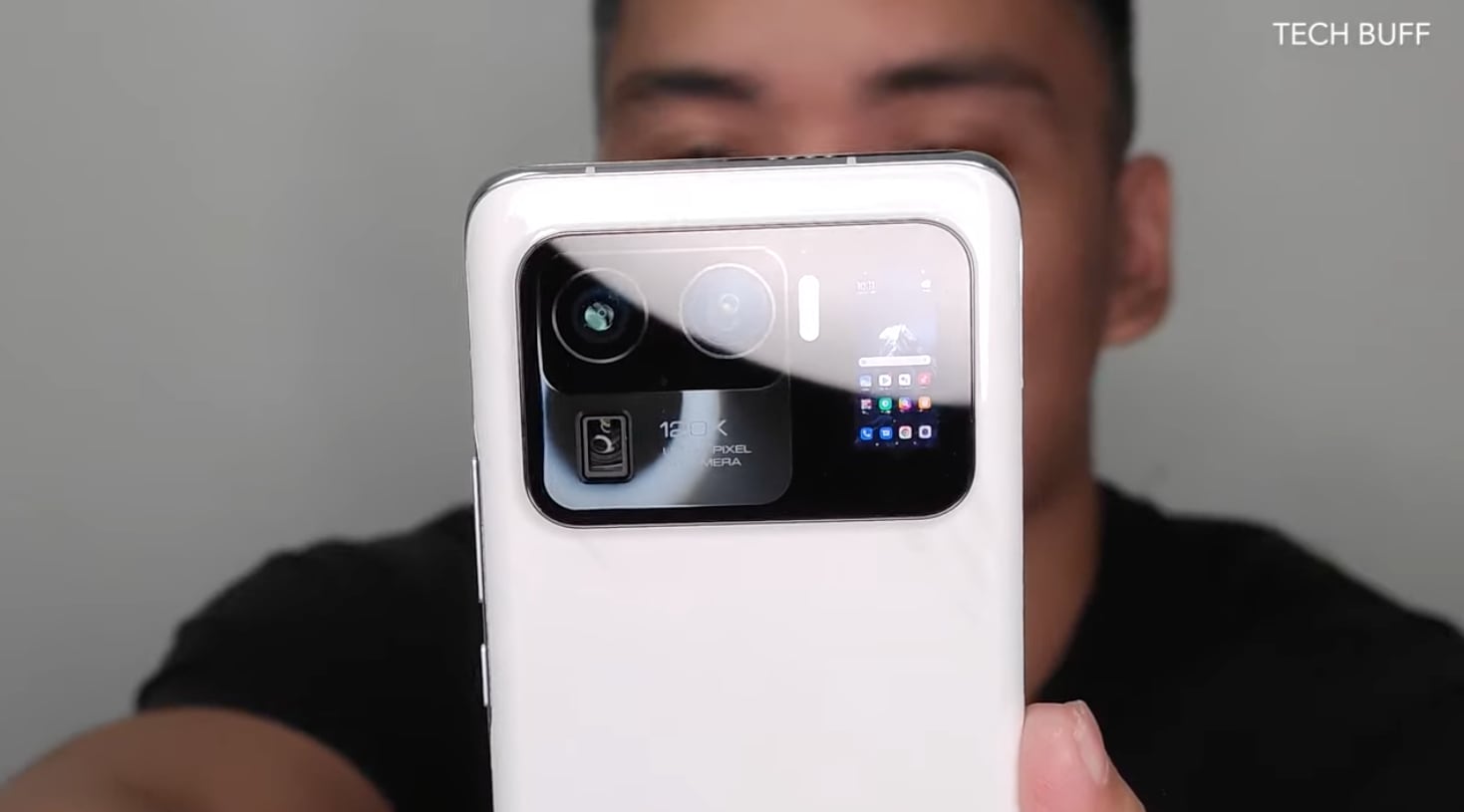 The Xiaomi Mi 11 Ultra appears to have broken cover, with a hands-on video showing an interesting (and tiny) secondary display within the camera module.

In a video posted by the YouTube channel Tech Buff PH (via XDA), a reviewer shows a small display, which mirrors what’s on the homescreen, within the rear camera array.  If the clip is an accurate representation of the Mi Xi Ultra, as is highly likely, this would offer a unique selling point unavailable in any other standard phone on the market.

What use would a screen, especially one that looks to be about 1-inch x 0.5 inches, judging by the images, have? Well the positioning might give you a clue. It might be helpful for those taking selfies with the best cameras on the phone, for example.

However, there are times when mirroring the content on the main display may be problematic for some users. We’ll let you use your imaginations on that one…

Staying with the cameras, the video also appears to confirm that the main camera will have a 120x ultra pixel AI camera, which could top the 100x Space Zoom offered by the Samsung Galaxy S21 Ultra and other recent efforts from Samsung.

Elsewhere in the video, we see the phone has Harmon Kardon speakers and there’s confirmation of 5G connectivity. The screen will be a 6.8-inch 120Hz WQHD+ coated in Corning Gorilla Glass Victus. It says there’s 10W reverse charging, which is a decent upgrade indeed, and 67W wireless charging. The leaker also suggests there’ll be IP68 water resistance and the presence of the Snapdragon 888 processor.

The video was initially removed, but you can see a mirrored version below: