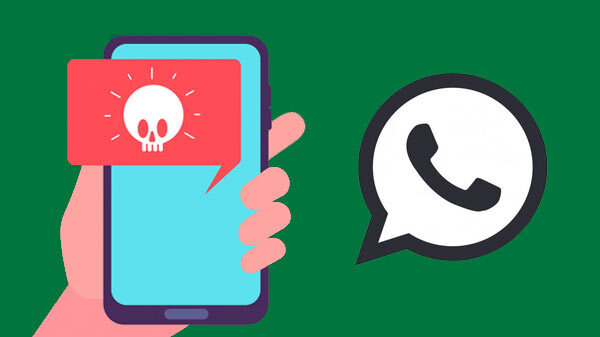 WhatsApp is one of the most popular instant messaging service available both for Android and iOS smartphones. The application’s end-to-end encryption is what makes it secure for conversation and media transfers. Off late, the application has been taking all heat due to the new privacy guidelines that state the user’s data would be shared with its parent company Facebook. In the new development, a new Android Malware is giving blows to the app’s security. How is the new malware proving to be a threat to WhatsApp security and what you can do to stay protected? Here’s all you need to know:

The malware has been first reported by Lukas Stefanko who took to Twitter to explain how this new malware is targeting WhatsApp contact with the user being unaware of an attack. Once the malware infects a smartphone, it poses a major threat to the user’s personal data. Upon close inspection, Stefanko figured out how the malware works and infects a device.

According to him, the malware containing texts tricks a user to download a Huawei App which isn’t authentic. Once a user tries to install the application, they would be asked for a general set of permissions including Notification Access. This is the trick with which the malware enters a target device and infects the Whatsapp contacts.

The malicious link is further shared with the victims’ contacts without their knowledge infecting more devices. Currently, it’s being speculated the new hardware is targeting Android smartphones only to run ads and campaigns of different scams. However, it doesn’t go without saying that there’s a bigger possibility of this malware posing a threat to banking and other securities in the future.

How to stay safe?

What can you do to stay safe from this ‘Android worm’ malware? Well, it’s not much of a task. Just make sure you don’t click on any such suspicious link which promises you gifts just by downloading an application. This is not just for the ‘Android worm’ malware. This method is often used by scamsters to get access to a victim’s personal details bypassing all the security loops. So, avoiding such links is a foolproof trick to stay safe.