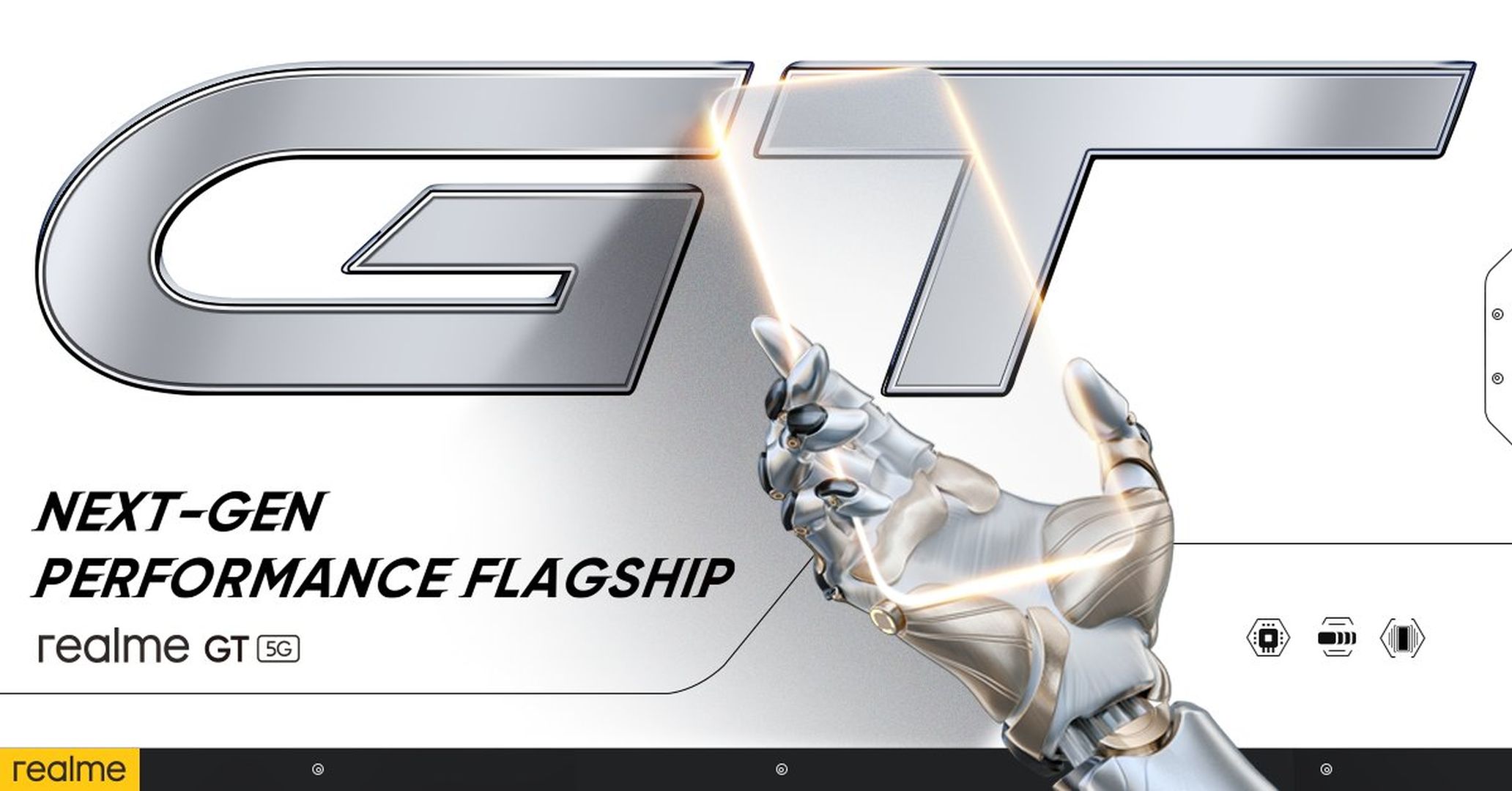 Remember the Realme Race – the flagship-grade smartphone that Realme was planning to release this year?  Earlier today, the company confirmed that the Realme Race has been christened as the Realme GT 5G. The phone also has an official launch date. On March 4, 2021, Realme plans to officially unveil the device at a launch event in China. The Realme GT will also make it to other markets across the world.
It’s mid-February and Realme wants to show us what they have planned for this year. Their first major international launch for this year is the Realme GT 5G. The launch date for the phone was officially announced by Realme VP Xu Qi Chase on Weibo. The smartphone, which will likely be available in different versions including a Pro version, marks the launch of the new GT series from the Chinese smartphone vendor.

While we do not know all the specs of the Realme GT 5G, what is certain is that the phone will come powered by the Qualcomm Snapdragon 888. The phone is also expected to feature a 5,000 mAh battery will support 125-watt Fast Charging. Further, we hope to see a 6.8-inch AMOLED display with an integrated fingerprint sensor and support for 160Hz or 120 Hz refresh rate.

What else? How about a variant with 12 GB of RAM, up to 256 GB of storage, a quad-camera setup with a 64 MP main camera and Android 11 with Realme UI 2.0. Since the name of the smartphone already reads “5G”, the Realme GT 5G will of course also feature support for all kinds of 5G networks.

We don’t yet know a price for the Realme GT series, which will presumably have both a “regular” GT 5G and a Pro variant. Last year’s Realme X50 Pro had an entry-level price tag of €599 in Europe – let’s see what kind of price tag Realme will slap on our smartphone this time around.

As I said: Not all of these specs are confirmed yet, of course, but we can probably assume that we’ll be able to find out a lot more in the remaining days until the China launch.

In the meantime, Realme Europe has also talked about the Realme GT 5G on Twitter, signifying that the phone is certainly coming to Europe.

The global #realmeRace has begun! Unveiling #realmeGT. Can you guess the specs that make this next-gen performance flagship run? pic.twitter.com/4PqG4d2AVN

We’ll keep you posted on what’s next with the Realme GT 5G, but we’d like to know what you expect from the Realme GT 5G and if you can imagine this device as your own smartphone when it will be available here.